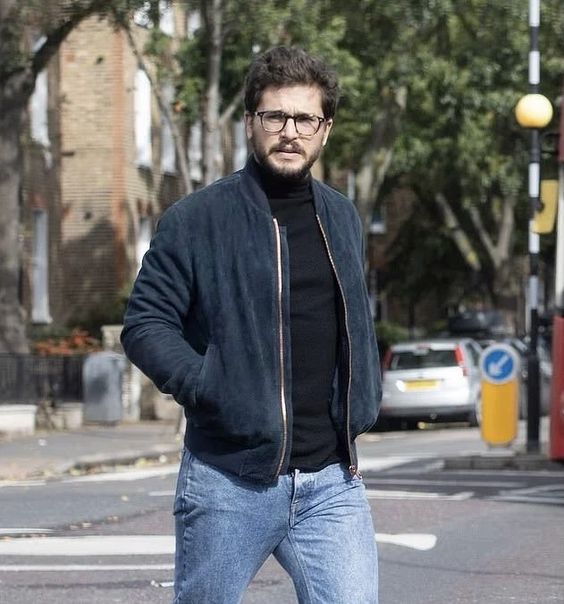 "I don't believe you." I say, stern but hushed in case Eschieve is already walking around. "I want to, but I don't."
"You should." She stubbornly says as she continues to get dressed. "I can handle this, Lucien. I'm coming, whether you like it or not." She glares at me and I glare back. Considering current tensions lingering around the apartment, I'm well aware that this could turn into a full blown fight if I'm not careful, but
"Em, the past three days I've seen you slowly crumble a little more each second you're alone. You've barely cracked a smile, you don't talk to me, or anyone for that matter - hell, you barely even look at me! You've been just shy of a zombie." I clench my jaw, worried of the reaction my next words are going to elicit. "If you ask me, you're doing the exact same thing I did the first months after losing Claire. And it's you who called me out on that."
It hits home, maybe a little harder than I intended to; I see her deflate, sinking down on the edge of the bed and any defiance disappears from her face. Immediately, I feel guilty. I crouch down next to her, putting a gentle hand on her leg.
"It's not that I don't want you to come. I get it, I really do. I just... worry. I've seen what the idea of today is doing to you. Imagine what being in the clinic is going to drag up. I just don't want you to end up where you used to be."
Her eyes are cast downwards, but she lays her hand over mine. "I just feel so useless."
"You're not. You've given her more emotional support than I ever could have, despite struggling with it." I squeeze her leg. "You'll be of more use to her at home, making sure tea and snacks are ready for when she comes back, than you'll be if you emotionally collaps at the clinic."
She lets out a long sigh. "You're right. I know you are. I just feel bad. Especially when I'm watching you handle it all so well."
I can't help but snort. "Considering it's been four years and you've seen my favourite coping mechanism of just surpressing things to the point I dissociate, let me promise you that 'handling it well' is a far-too-kind way of putting it."
"But you're still able to do it. You're able to do be there for her."
I kiss her forehead as I stand up. "That's what twenty years of not allowing yourself to feel anything will do for you. You tell me if that's healthy or not."

Eschieve is quiet on the way there. She's picked surprisingly upbeat music for the gloomy atmosphere that hangs around us, but it doesn't really seem to get through to her anyway. Once I've parked at the private clinic, she shrouds herself with one of Emma's largest scarf and a big pair of sunglasses.
"Just in case." She mutters at my questioning look. "Let's go."
If I hadn't known better, I'd almost worry she'd changed her mind about going through with this. I briefly think of how that would go. Emma, despite appearances, might be able to handle that better than an abortion. I, on the other hand, might be the one to finally crumble. A child doesn't currently fit into our lives; the absence of Claire left an emptiness that we had to build around, and we did. But where I, up to the point Emma had told me she was pregnant, never had felt a strong desire to have children, I certainly do now. Not now, not for a few years perhaps. But one day. And then to watch my little sister, nine and a half years younger than me, raise a child that she had rather waited to have if at all...
I shake the thought from my mind. That's not the case. And me convincing Emma to stay home puts more pressure on me to keep it together. I can't do that with scenario's like that playing in my head.
We are seated in the waiting area for just fifteen minutes when she first gets called up. Another intake, discussing the logistics. A small bottle of painkillers she's supposed to take forty-five minutes before the procedure, and every two hours after. Eschieve takes it all in like a robot, nodding along.
"Lastly there's the matter of your insurance..." The kind lady says, and Eschieve's head perks up. "Since you don't have a British nationality, your insurance doesn't cover the procedure. If that's a problem we have several relief programs you could apply to, but I can't give you any assurance that you'll be legiable. If prices are too high and you don't want to risk being denied a relief, we can refer you to public clinics with priority for a small fee."
Eschieve pales a little around the nose, which surprises me. Money can't really be the issue, can it? Her eyes meet mine.
"Père vérifie toujours mes relevés bancaires." She says quietly. "Il ne peut pas le découvrir."
"Je payerai." I say immediately, shrugging. "Même s'il vérifie toujours le mien, il ne demandera pas." I focus back on the woman behind the desk. "We'll pay by card."
"Wonderful!" She beams. "If you provide the address, we'll send an invoice. Now, you're scheduled for two pm, but experience learns that you'll be called in earlier. We'll let you know when to take the first dose of those painkillers, and by then you'll also be taken into a private room where you can change." She glances at me. "Do you want your..." She hesitates.
"Brother." Eschieve and I chime in unison, causing her to look relieved.
"Do you want your brother to stay with you?"
Eschieve gives an unsteady nod.
"That's okay! He can, not to worry. The procedure itself will take approximately thirty to forty minutes, and afterwards we need you to stay for two more hours until the anathesia has worn off. You'll be free to go home then, but we recommend bedrest for another day or two. It's also ill-adviced to fly within forty-eight hours."
"Okay." Eschieve says quietly. "I'm sorry, if there's more... can it wait? I'm a little overwhelmed."
The lady smiles warmly. "That's all, sweetie. I'll come get you if it's time to get dressed."