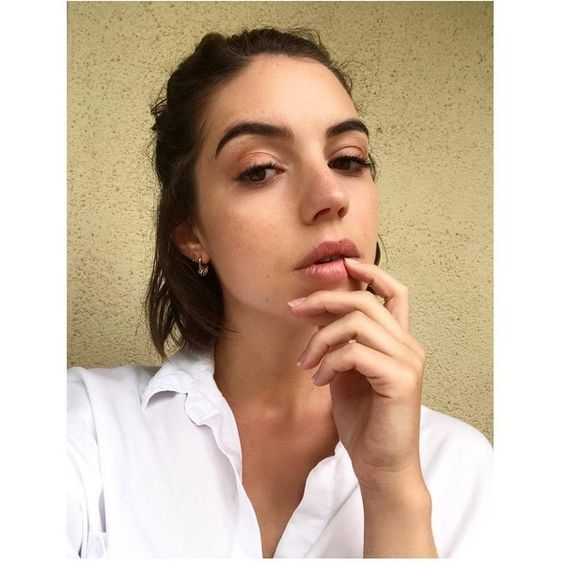 Kenna calls twice, and I ignore her call both times. It's not because I don't want to talk to her, it's because I can't. Just hearing her voice would send me over the edge, and I would be past the point of no return.
Besides, I can't do that to Eschieve. The only people who know are Lucien, Beth and I, and we'll do whatever it takes to keep it that way - mostly to keep it from Jacques. Even though his daughter is legally an adult, he would find a way to lock her away with a chastity belt if he ever found out about this.
Ever since Lucien and Eschieve left, I've been in a near vegetative state on our couch, the useless feeling having kicked in to its full extent.
Lance has been giving me the look he knows will make me feel guilty for not taking him out, but I can't bring myself to get up.
That is, until the doorbell rings. It would be easy for me to pretend I'm not home, if it weren't for the fact that Lance immediately runs towards the door - which he wouldn't do if no one were home, because he'd be in his crate - and the music I've been playing can probably be heard in the hallway.
With a crease in my cheek from laying in the same position for too long I open the front door, revealing Kenna and Emilia.
"God, you look a mess," she immediately chuckles, the faint grin on her face slowly disappearing when she eyes me up and down. "What's going on?"
Without any more questions, she pushes past me, into the appartment.
"Oh, yeah, let yourself in," I mumble, shutting the door to keep any cold air or nosy neighbors out.
Kenna stands still in the living room, letting Emilia wander around freely, soon turning into her chasing Lance on her two wobbly legs. "Spill. What's...?"
I shake my head, swallowing the ball of tears that's about to come up. "Nothing. Just a little sick."
"You never ignore my calls," she corrects me. "Even when you're sick. Where's Lucien? He would never leave you home sick."
I bite my lip, keeping the words from coming out.
"No," she breathes, watching me intensely. "Don't tell me you two..."
"No, no, no," I'm quick to answer. "No, God no. We're.. we're fine. I just... can't tell you, Ken, I'm sorry."
"What in the world could be so terrible that you couldn't tell me? Is it something illegal? Because I don't care, I would lie under oath for you, I'd risk prision time for you - I'd kill someone for you, you know that," she pushes her hair out of her face. "Please, tell me."
"Probably not something you should say to a lawyer," I manage to joke, the playful atmosphere immediately pushed away again when Kenna gives me a forceful nod. "Lucien... he's... Eschieve's..," I can't say it out loud without breaking the flood gates, and I know that.
"Okay, we're sitting down," she proposes, Emilia now having sat down on the rug and calmly petting Lance, who's enduring it all. When we're sat on the couch, I look at Kenna.
"I don't know if I can tell you without causing another mental breakdown, Ken, and I really can't afford another one of those... I have to keep it together, for Luce, for Eschieve... I promised I wouldn't...," I take a deep breath in to try and avoid a panic attack.
"Not to sound mean, but you already look like you're in a constant state of a mental breakdown. Just... tell me, maybe I can help, and I sure can keep a secret," she's grabbed my hand, the metal of her wedding ring digging into my skin.
"Eschieve's at the clinic," I breathe, trying to get the words out as quickly as I can. "She's having an abortion."
"Fucking hell," is Kenna's initial reaction. "The mental breakdown makes sense, then."
"You can't tell anyone," I mumble, "I promised her I wouldn't tell, and it could cause a shit load of trouble if anyone found out... I just can't..." the rest of my sentence gets choked out by a sob, burying my face in Kenna's shoulder.
"It's okay, Em, I'm glad you told me," she shushes me, "and I understand. I'm so sorry this is happening."
"I'm just so mad," I hiccup. "At the situation, but at myself, too."
"None of this is your fault, Em, I hope you know that..." Kenna tries, but that's not the reason I've been feeling resentment towards myself for what feels like days on end.
"I know, but I can't help but... it's so unfair! I lost Claire, a baby that I didn't know I wanted. She was torn from us and now... She gets to just.... And I know it's not fair of me to be mad, or jealous, but I am."
"It's not fair, but it's reasonable. You two have been through hell and back not once but multiple times, way more times than any couple should in their lifetime, and you get to be mad," she assures me, wiping tears from my face with her thumb. "It's up to you how you deal with it. You just can't resent Eschieve for this choice, because it's hers to make, and it very well might be the smartest one. All you can do is support her, but it's alright to show her you're hurt."
I nod, my entire body tense and shaking.
"So now, you're going to take a shower whilst Emilia and I take little Lance here for a walk, and when we come back we're going to bake some cookies," she shoots me a warning look when I'm about to interrupt her. "And we'll be out of here before Eschieve comes back. But until she does, we're here to support you."