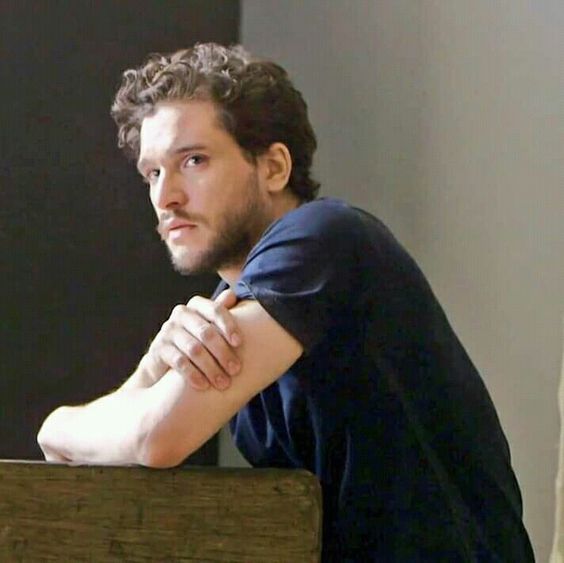 They did a good job hiding it from me. They might have gotten away with it, too, had it not been for my best friend. The lie of Eschieve dropping my phone and it ending up broken fell through when the familiar tunes of Gabriel's ringtone came blaring through its speakers. She quickly cancelled it, but then still wouldn't hand me my phone. Emma joined her in this stand-off, further confirming my growing suspicions something was wrong - both of them seemed distracted and elusive that morning, with neither of them willing to tell me why.
Eschieve was on one side of the kitchen table, and I was on the other. She clutched my phone, while I held out my hand.
"Whatever it is you're hiding from me, I'm sure I can handle it." I said in a strained tone. Eschieve just stared at me with wide, fear-filled eyes.
And then it rang with Brie's ringtone again. This time she didn't cancel it. I clenched my jaw.
"Eschieve, give me the phone."
"No."
"It's the second time he's called. He won't call a third time, since he kind of knows what my week's been like. Give. Me. The. Phone."
Eschieve looked at Emma, who gave a helpless shrug. I was handed my phone.
"Tell me it's not Emma." No greeting, nothing of joy in his voice.
"What?"
"The pictures, Luce! Tell me it's not Emma! Or... Maybe do tell me it's Emma, considering those articles..."
My eyes slowly went from Emma to Eschieve as I tried to make sense of Brie's words.
"What pictures? What articles?"
"You haven't seen?"
"No. Emma and Eschieve have been keeping my phone from me."
"Oh." A pause. "They're just gossip, Luce. You know what they're like."
I hung up on him. The girls stood frozen as I opened every social media app, ignoring countless missed texts and calls. It didn't take much scrolling before I found the pictures; the articles were linked under them. The pictures, a handful of them, were mostly the same. The articles differed, one more horrible than the next.
I don't remember throwing my phone at the floor. I just remember it shattering. I remember grabbing my keys and my jacket, and Emma hurrying after me as I planned to make my escape without a word. I don't remember what I said to her, but she let me go.
I made it to Matthew's loft somehow. He said nothing, possibly updated by Brie or even Emma, he just handed me a glass of ice water, glared at me for my disapproving look that it wasn't something stronger, and had me sit down.
And now he's waiting for me to say something, going on about his day as he does so. I watch him play Skyrim for a while, though I'm not sure how much of the game I'm actually processing. The articles swim before my eyes.

French social media star spotted at the abortion clinic... And not with his girlfriend.

Not even a year ago, the couple shared news of a miscarriage, and now this?

Does Emmeline know? Is the main subject of this story not the abortion, but the fact
that Lucien du Castellon is cheating?

Endless speculation. In some stories Emma is the one who got an abortion. In others, people are convinced Emma's not the girl in the pictures - which must mean that I'm cheating. Even stories that I'm forcing the mystery girl to have an abortion to keep our relationship under wraps.
I can't think. My head is spinning, and I feel sick to my stomach. I barely make it to the kitchen sink before hurling up the remnants of last night's dinner. With a deep sigh, Matthew comes to join me. He hands me a wet towel for my face and starts cleaning the mess I made without question. But he's no longer accepting silence.
"Why'd you flee your apartment?"
I shake my head. "Couldn't stay. I just... blanked."
"So you left the girls?"
"Wasn't going to be much use to them anyway." I say miserably. "They clearly knew that this would hit me the hardest, but it can't be easy on them... Didn't want to burden them with dealing with me."
"So you burdened me with it." He's leaning against the kitchen counter with his arms crossed over his chest, while I carefully sip down another glass of water.
"That's on you, mate. I would've been perfectly fine not talking about it."
A smile that he tries to hide tugs on his lips. "Is that why you came here? For me to leave you alone?"
"Yes. No. I just..." I try to make sense of the words in my head, but they get lost in the jumble. "You were always there at the worst times." I eventually settle on, remembering how I also fled to him after my mother died, and years later again when Aleran did. "You don't pity me."
He doesn't say anything for a while, and his face doesn't betray anything more. "I called Emma to let her know you were here."
"What? When?"
"When I saw your car pull up. Knowing you, you had no destination in mind when you got out of that apartment."
I let out a hollow laugh. "I should go back."
"Why?"
"Because it's not fair to have them deal with this themselves. I want to support them. This isn't about me."
He raises his brows just ever so slightly. "It isn't?"
"Of course not!"
"So the articles don't focus on how you cheated, on how you forced a girl to have an abortion, how you betrayed Emma and how all of this makes you a horrible human being?" His voice is stern in a way I haven't heard in a long time. I stare at him a little dumb founded. He stares back. "This isn't about you wanting to support the girls. This is about you and your goddamned hero complex that you've constantly used to not deal with your own emotions. I knew something was up when I called earlier this week. And I get that you didn't tell me - this was Eschieve's story to tell, if she so chose, but even over a fucking phone call did I notice that you were falling back into those same distuctive behaviours you did after losing Claire. And you're doing the exact same thing right now, barely an hour after it happened." His voice is raised by now, catching me off-guard. "Emma and Eschieve don't need saving. They're competend women who can take perfect care of themselves." His green eyes bore deeply into mine. "You'll be of no use of them if you cope the same way you did last time."