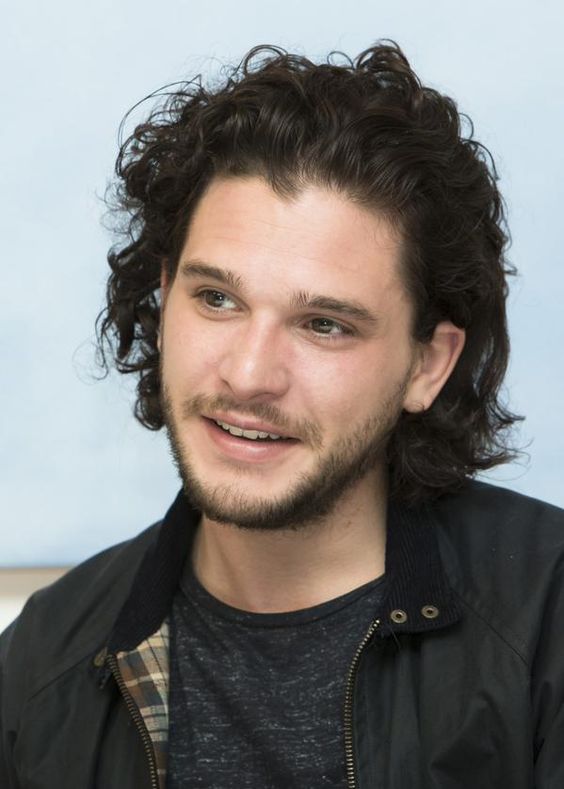 Between the essays that precede exam season, Eailyn booking me several photoshoots and interviews about my thirtieth and Emma's unfading baby fever, I barely have time to worry about my birthday - much less the proposal I have planned for the day after. April 14th is just two weeks away and while save-the-dates have been sent out months ago, Stella and Matthias have been busting my ass about picking a theme. They've set the deadline for today at midnight, but my mind has been taken up by the divorce law essay that also has its deadline at midnight. During my break of fifteen minutes, I'm endlessly scrolling through online moodboards in hope that inspiration strikes. So far I'm not lucky.
Emma puts her hands on my shoulders from behind, massaging them gently as she kisses my temple. "How are you doing?"
"Slowly going insane, so the regular."
She chuckles softly, her hands dropping from shoulders so that she can wrap her arms around me instead. "I know that I'm biased, but from what I've seen so far you're going to ace this one."
I smile and lean into her touch. "I know you mean well, but that means nothing coming from you."
"How dare you!" She gasps, looking offended. "Family and divorce law is my expertise!"
"Yes, I'm aware." I chuckle, running my hands up and down her arms. "But you literally said you are biased and also I'm shagging you, which I feel gives me an unfair advantage."
She huffs, rolling her eyes. "Please, you're not that good." She goes to straighten up, but at her words I tightly grab her lower arms to keep her wrapped around me.
"What did you just say?" I ask in a low voice.
Her eyes glitter as she gets exactly what she wanted, but it's a trap I'll happily walk into. She puts her lips nearly against my ear, making me shudder when she slowly repeats herself.
"You're - not - that - good."
She yelps when I stand up so quickly she stumbles backwards, and I spin around. The next moment I've got her trapped against the wall with an arm across her chest. I can feel her heart hammering, and I grin. "I suppose I have the time to prove you wrong."
She bites down on her lower lip, not resisting in the slightest when I use all of me to keep her against the wall. "Unfortunately for you, I have places to be. I've got to leave for Kenna's in fifteen minutes." She replies stubbornly. Her breath hitches when I lean in to kiss her neck.
"It takes just a few seconds to text her you'll be a little late..."
'A little' turns into over an hour, and if it were up to me we'd at least triple that. Emma laughs when I unhook her bra through her clothes - again -, and smacks my hands away.
"I really have to go if I don't want Kens to murder me, and you need to go to horny jail." She quibs.
"You're the one who got me horny in the first place!" I argue.
"You're just too easily manipulated." She leans down to give me a quick peck on the lips, but doesn't let herself be sucked in by my attempt to have it last longer. "But you have work to do and I promised my best friend a girl's day out. I'll be home for dinner, okay?"
I pout, finally accepting defeat. "Fine. Tell Kenna and Tom I said hi."
"I will." Another quick peck. "Good luck with the essay. I'll think of you while having wine in the first sunny day of spring."

"I mean, considering it's two weeks way it's no strange thing you're getting cold feet."
"I'm not getting cold feet!"
"You literally just said 'I'm not sure if I should go through with this'. That is de definition of cold feet."
"Fine, fine. I'm just worried I've gotten in her head with me constantly argueing that I don't want it..." I give a sharp tug on Lancelot's leash when he's trying to get down to the creek to scare the birds. He obediently comes running back to me, and continues his quest of chasing butterflies. I've been locked up in the house for days working on essays and preparing for the exams oncoming in just a month, so when time came to walk him I figured I might as well make it an outing; I drove to a nearby park, and called Liliana for some company. Ever since she offered to help out with the abortion-debacle, we've been in contact more often.
"I've only met her a couple of times, but judging by your stories she's not going to say no." She counters. "Do you think she suspects anything?"
"Oh, absolutely not. Between my birthday party, school and work she puts every little weird thing about my mood down to being overwhelmed."
"Which you are."
"Of course I am, but you and I both know that's the state of mind I thrive in." I laugh, and she laughs with me. The sun beams down on me, warming me. I've got my jacket already wrapped around my waist and I'm more than ready for summer to come around. Just when I'm about to dive back into my negative spiral of what-if-Emma-says-no, my phone beeps to signal another call. I groan afterwards, forgetting that I'm still on the call with Liliana.
"What's up?"
"That was the law-firm I got an internship at." I say miserably, turning around on the path. "I was supposed to have a Skype-interview on Monday, but they called to move it up to today."
"Wha - didn't you briefly run an entire fucking law firm?" She asks, shocked. "Why do you need to do an internship?! And why do you need to interview for it?"
"Your guess is as good as mine." I chuckle. "Uni mandates it, I didn't want to argue too much. But that means I now have forty-five minutes to get home and look presentable, instead of like a hermit who accidentally wandered outside."
She snorts. "So a lost cause."
"Fuck you, too. I'll call you soon about my party, okay?"
As I get into the car, I quickly text Emma to notify her about the interview and the fact that it might still be going on when she's coming home, and then consider taking up religion so I have someone to thank if I don't get stuck in traffic.