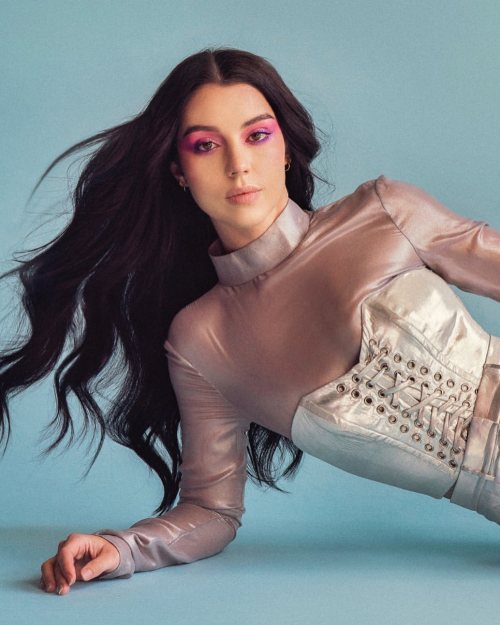 "That was...," I'm catching my breath, thanking the heavens Lucien decided to put a nice, soft rug in our office. "Fun."
"Fun?" Lucien sounds full of disbelief as he laughs. "Out of all of the words in the English language, you chose fun?"
"Fine," I purr, moving my nails across his heaving chest. "It was hot. And I can't believe we've never done it here before..."
"I think it was you who came up with that ridiculous rule... Something about seperating work and pleasure, as if mixing the two isn't how we got here in the first place."
"If HR wouldn't have been on our ass, I would have done this to you in the office when no one was watching," I breathe, Lucien catching my hand just as it's about to travel further down. "And then just... walk away."
"We both know," his breath feels hot on my skin, "you wouldn't have been able to walk away, Emmeline. If I had it my way..." He doesn't finish his sentence, just stares at me with a grin that tells me there's more going on behind those eyes than I'll ever know.
"Then what?" I ask, knowing full well the answer won't be given to me. In stead, his lips find my neck and leave their mark there, not a care in the world about people seeing.
"So, that stupid rule is off the table now, then?" he breathes against my skin.
I surpress the moan that comes creeping up, knowing neither of us has the energy or the time to go for another round. "Yes."
When I don't reciprocate, he must realise the same, because he groans as he detaches. "God, my fucking deadline."
"I know, I just thought that.." I sigh. "Sorry for the distraction, mister du Castellon..."
He laughs a hearthy laugh. "I have trouble believing you're actually sorry, miss Middleton."

"What the hell do you get a millionaire that already has everything he could possibly want?" Charles complains on the other end of the line. Apparently, Selene has given him the task of buying Lucien a birthday gift, which is possibly the worst task he could be given. "Do you think he'd be okay with a gift card to the bar?"
"You really don't have to get him anything, Charlie," I chuckle. "Like you said, he already has everything he could possibly want, or need."
"I told Selene that, but she says we have to get him something. She's real traditional like that."
"Well, in that case...," I sigh, trying to get Frank to stop playing with the piece of mushroom I've just dropped on the floor without having to pick it up. "A bottle of whiskey."
"That's all you can come up with? Even I managed to think of that, but that's really boring, isn't it? What are you getting him?"
"I can't tell you, because walls have ears, but it's not a bottle of whiskey."
"Come on, Em. I'm at a dead end here, and if I don't come up with something good, the misses will have my head."
"Fine, I'll text you something," I groan.
"You're the best," he laughs. "See you at the party."
The pan makes a hissing sound when I drop all of the ingredients into it, immediately filling the room with the smell of garlic and onion.
I've left Lucien alone to do some work, already having taken up enough of his time. The smell of dinner seems to guide him to me, though, or maybe it's the fact that we're both terribly hungry after our little escapade.
"Nearly done... Who was that?" he asks, peering into the pan.
"My brother, wanting to know what to get you for your birthday..." I smile. 'The big three-o. A new decade."
"Stop reminding me," he rubs his neck. "My planners are on my ass about a theme, and I just... can't come up with anything."
"I'm sure it'll be fine," I press a kiss to his cheek as he gently, as to not hurt my newly jeweled body parts, wraps an arm around my body, dressed in just the shirt Lucien was wearing before and a pair of underwear. "People will adore it either way."
"After cancelling last minute last year? No, they're expecting something... huge."
"In that case..." I bite my lip and tease, sliding my eyes down his body.
"Oh, for fucks' sake, Middleton..." he huffs. "What has gotten into you?"
"Half a bottle of wine," I shrug, fishing a piece of pasta out of the pan and holding it out for Lucien to taste. "And you, amazingly..." He groans once more at the badly worded joke.
"I should have meetings like those more often if it means you turn into this..." he shakes his head as he laughs. "Nymphomaniac."
"It's not just the meeting," I smile. "It's just... us. We're so good together, right now. Like we're exactly where we need to be, like life is finally good on us for a while. And after having the little ones over, I just..." I can't help but blush, my cheeks already warm from the alcohol. "Well, I'm just really happy where we are at right now. You, me..."
There's a flash across his face that I can't name, but it's short enough for me to assume I've seen it wrong.
"And you just look so incredibly hot in that suit and with your voice all serious and business-like... The only thing that would make it better if you were to speak French in those situations," I purr.
"You really are too horny for your own good, Middleton," he laughs. "I still have that deadline, and I'm starving."
I pout, swirling around the tiny bit of wine that's still in my glass. "Fine. But as soon as you're less stressed, we're getting right back to the baby making... or at least the practicing."