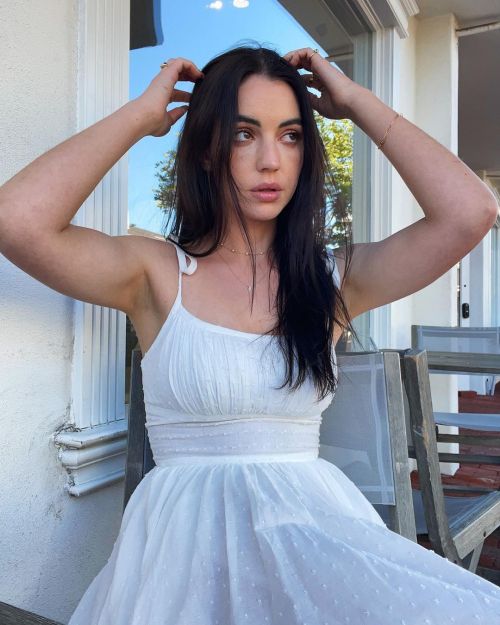 With last year's disaster of a birthday still burning in the back of my mind, when I was not much more than a zombie, I have decided I have to make up for it this year. It starts the night before, when I make reservations for us at one of our favourite restaurants.
Lucien has a hard time accepting even that, complaining about how I shouldn't be spending this much money on him when the bill arrives.
"Oh, just you wait," I chuckle, knowing full well he'll forbid me to ever buy him anything else when he sees tomorrow's actual present.
"God, Middleton, what do you have up your sleeve?" He informs, but I just shake my head, refusing to tell him anything about the surprises I have planned.
"You're simply going to have to wait." A very unsatisfactionary answer, proven by the way Lucien sighs, rolling his eyes. "But I promise you it'll be worth the wait."
"I never really used to be one for baths, you know?" Lucien breathes, hot water smelling of lavender surrounding our bodies. "But I've come to appreciate them."
He's leaned against my chest, my legs wrapped around them just like they were the first time we layed like this. I trace patterns on his chest, his damp hair tickling my face. There's two glasses of champagne on the edge of the tub, a sign of celebration. Only a little longer and it'll be Lucien's birthday, and he'll officially be thirty - an age I have learned not to bring up too much.
"I'm glad I've changed your mind," I smile.
"So am I."
It almost feels like New Year's Eve, counting down until the clock strikes midnight. Lucien seemed to have lost track of time, too focussed on the movie we turned on for entertainment.
He only notices when I nearly slam myself into him, hands soon tangling in his hair, instigating a kiss he soon returns.
"Happy birthday," I breathe against his lips, his hands on my back and pulling me in closer. "Are you ready for your first present?"
My tone of voice must already give me away, because without a second thought, Lucien has lifted me off of the couch.
"I must say," he breathes as he tosses me on the bed, shutting the door behind him with his foot whilst simultaniously taking off his shirt. "I won't let you get away with calling this a present, miss Middleton."
"Oh but baby, wait until you see what I've got in store for you..."

I'm up before he is, maybe five hours after we finally fell asleep. There's hungry animals to feed and breakfast to prepare, hopefully all before Lucien wakes up.
Nature has blessed us with a beautiful day, so whilst Frank and Lance eat, I set up our table on the balcony, brewing coffee and squeezing fresh orange juice.
The machines make quite a lot of noise, but apparently not enough to wake Lucien from his slumber.
It isn't until I turn on the radio and give a small knock on the door that Lucien wakes up, his sleepy head soon popping up from underneath the blankets.
"Happy birthday," I beam. "Breakfast is ready."
He groans, very well aware that there isn't a single way for him to stay in bed any longer, even if it's his birthday.
So he joins me out on the balcony not much later in just bottoms, his skin already tan.
I forbid him to check his phone until after breakfast, letting our celebration be just ours for a while.
He unwraps some of the small gifts I've gotten him - a book he's been raving about, a bottle of his favourite perfume and other things that could've been gifted to him by anyone, because they're not that personal. He seems to notice this, too, even though he would never admit it.
After he's finished his breakfast, I smile. "Now, get dressed. I'm taking you out."
"You're taking me out? Where?"
"That's a surprise, of course. Just dress casually."
The entire car ride, Lucien tries guessing where we're going or what I have in store for him. He tries to get me to say if any of our friends are involved, or if he'll be doing anything active.
I keep my mouth shut, however, and just hum along to my playlist for most of the drive. "Now...," I smile, handing him a tiny wrapped present. "Open this."
He looks confused, then even more curious when a blindfold falls out of the wrapping. "Emma..."
"I'm not doing anything weird. Or kinky. Just.. put it on."
"I'm only doing this because I trust you, Middleton," he mumbles, covering his eyes.
"I know you do," reaching out my arm, I lead him out of the car, parked not too far from our destination. Even blindfolded, Lucien tries guessing where we're going, but I refuse to tell him, only tell him when to stop walking or turn left or right.
"Okay," I grab his hand as we step into the building through the thick double doors, then through another set of doors. There's windows and a glass door on the back wall, looking out into a little private garden with an apple tree about to blossom.
The space is empty, apart from the one piece on the wall, an enlarged drawing I found in my mum's stuff, apparently once made by Louis. "Before you take off the blindfold, I want you to know this has been weeks, if not months in the making. Go ahead, take it off."
His eyes take some getting used to the light, looking around slightly confused.
"Where...? What are we doing here?" His eyes don't focus on one thing in particular, darting around the room trying to find a clue.
"It was my father who tipped me off about this place.. An old family friend owns it, but it's been empty for a while now. I got it for real cheap, really..." I realise I'm talking too much without explaining, so I stop to gather myself. "This place is yours, or ours. A place where we can work, so we can leave all of that crap here. And maybe when you graduate, this can be the start of your own... something."