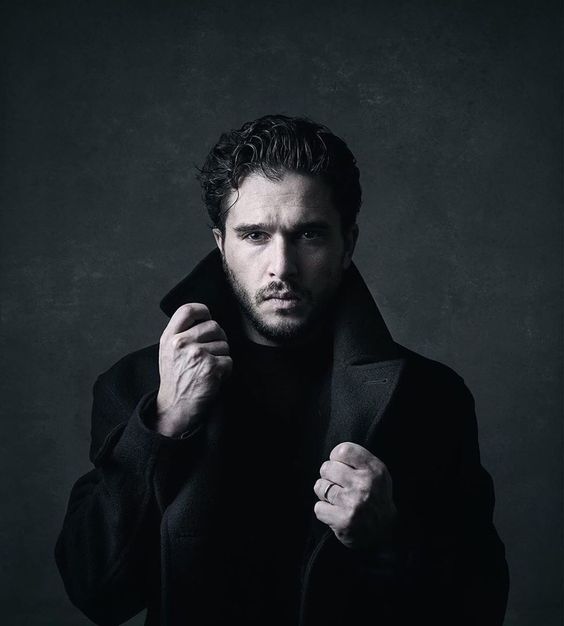 There comes a point where the air gets too cold for us to stay outside. We have no other choice but to make the decent back to the parking lot, where the blue Peugot is long gone. I don't know when he left. I don't care. All I care about is Emma's hand in mine, where I can feel the ring around her finger is I space my own just right. I have to let go of it, because I have to drive us home. Neither of us wants to let go.
In the end, it's an almost commically timed drop of rain that forces us; in the seconds it takes us to get into the car, the rain starts hammering down on us. A second of silence, then we both burst out laughing.
"I hate Edinburgh." I tell Emma, when she pulls me close for yet another kiss.
"I know." Is all she answers, before pressing her lips to mine.
As I drive us home, I notice Emma can't stop staring at the ring. It fits her perfectly. She's also re-adorned the other rings I've gifted her over the year, but this new one has a special shine to it. As if it knows what it signifies. Maybe it does. It makes my stomach twist like I've just fallen in love again. Butterflies have filled my veins and my head and I don't ever want them to go away.
"Shouldn't you be looking at the road?" Emma teases when she catches me looking.
"I should." I agree, and therefor redirecting my gaze. "But that doesn't mean I want to."
"Just get us home safely." Emma laughs. It seems brighter than ever. Everything seems brighter, and lighter, and better. Everything feels right. This is how it's meant to be.

My head is at the foot of the bed. Hers is on my chest that is still sparkly with water droplets. Some get swept away by her wet hair, others get picked up by her finger. My arm is around her, drawing figures on her still damp back after pulling the towel away. Neither of us felt like drying off after the shower. The scent of my eucalyptus shampoo still lingers in the air, mixing with her coconut conditioner. My heart finally seems to be beating at a regular pace again, though it's still drifting somewhere far above the clouds.
Bliss.
La béatitude.
There is no other word for it.
I could live in this moment forever, and be perfectly happy. I could be struck by a meteor and perish, and my only regret would be not marrying Emma seconds after I asked her to be my wife.
"Does anyone know?" Emma asks, breaking through the soft piano music that's been playing over the speakers.
I look down on her, but she's too focussed on the path that her finger is traveling over my chest.
"A couple." I admit.
"How many?"
"Um," I laugh, a rumbling sound from deep within my chest. The kind of laughter that only comes from true and pure happiness. "Will you be mad if I tell you?"
"That depends entirely on what you're about to tell me."
"Okay. Some of these weren't supposed to know. But Gabriel and Matthew. I told them both on the night I decided I was going to ask you."
Emma lets out a low, offended-sounding gasp. "They were in on it?"
"Of course they were." I grin. "They've been very involved, too, but that's for a later time."
"I - what?! You can't tease something like that and just -"
"Do you want to know the list, or not?"
That shuts her up. "Fine."
"Alright. So them, and then for the longest time I didn't tell anyone. I had no other plans to."
"Then why were you so worried to share that list with me?"
I smile, letting my finger travel the long way of her spine, and then back up, to enjoy the feeling of her shuddering against me. "Because at Christmas, after dropping the bomb on us, Selene guessed. She has always seen right through the facade of not wanting to get married, even though there was a time where I believed that. But she called me out on it, and reminded me that, three months into dating you, I already said 'this is the girl I'm going to marry'."
Emma's finger stills on my chest and her head tips up to me, revealing wide eyes and an open mouth. "You've known for four years?!"
"To be fair, my self-sabotage only started after that." I chuckle. "And the break-up also threw a wrench in my certainty of it. But Selene always knew. Or hoped, and ended up manifesting."
Her eyes narrow, but she takes the answer. "Alright. Anyone else?"
"Annoyingly enough... Your brother. He definitely wasn't supposed to find out."
"Charles knows?" She sucks in air through her teeth. "How did that go over?"
"Not well." I say through pursed lips. "Selene accidentally slipped up, like maybe just two weeks ago. He called me all mad that I hadn't asked permission and honestly... Most of it I didn't really listen to." I chuckle. "Brie happened to be around though, so we caught the entire call on camera. Anyway, I think he accepted his faith in the end... Though I don't think either of us is too thrilled to have the other as a brother in law."
"God, men are so exhausting." Emma rolls her eyes, laughing. "Okay, so... Brie, Matt, Selene and Charles... Anyone else?"
"Eschieve. I told her a couple of days after the abortion. She... seemed to need some good news."
"So far it's all people who I can forgive you for telling." She's gone back to drawing on my chest, and I wonder if it's ever felt better than it does in this moment. "Was that it?"
"No, one more. That was also a... heat of the moment kind of thing. I hadn't planned on doing it, for... reasons I won't get into right now, but that you can probably guess once I tell you -"
"Are you going to tell me? Because right now, you seem to be avoiding the subject."
I chuckle lightly, running a hand through her wet hair. "Your father knows. I asked him for your hand last Christmas."