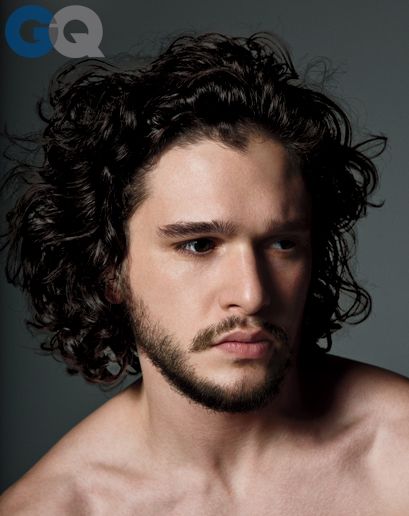 "And you need to make sure Frank is in the spare room when you feed Lance, or else Frank's going to be the dick he likes to be and steal Lancelot's kibble. Also don't feed Lance after eight, or he's -"
"Lucifer." Matthew interrupts me. "I've got it. I can take care of a cat and a dog without selling my soul to the devil." He looks at me with his brows raised and his arms crossed, with Lance promptly sat upon his shoulder like I've already left the house. "I'm more worried about you surviving this trip. Have you slept?"
I snort. "Does it count if I woke up in a cold sweat after a nightmare?"
"It does not."
"Then no, I haven't slept."
He chuckles and shakes his head, gracefully picking the dog off his shoulder and heading towards the living room. "I don't get what you're you're worried about. It's not like you've cared much what the man thinks in the past couple of years."
"You know that therapist you referred me to a couple of years ago? He liked using the term 'suppressed trauma'." I pour us both a glass of ice water. Matthew smirks.
"Trauma? You? That seems untrue."
"Okay, listen here you dick," I laugh. "You should be complementing me for not only admitting that I went to therapy, but also that I actually learned something." I sit next to him, and immediately Lancelot crawls over from his lap to mine. I scratch him between the ears. "I'm just not ready for him to disapprove of yet another aspect of my life. It gets exhausting."
"I know, mate." He sounds sincere, and leaves it at that. I'm thankful for him realising that this isn't the time for him trying to be my unpaid psychologist, and instead he's just a friend who knows and understands. We sit in silence for a while as minutes tick away. Emma is going to be back any minute now from a lunch with Kenna, the first time they were able to spend together in a couple of weeks. Then Matthew will drive us to the airport, and we'll be in Paris before dinner. In a stroke of luck, my internship starts half a week later due to 'scheduling issues' and while Emma still has exams to grade, that's a job she's able to do from anywhere. Instead of barely getting to spend thirty-six hours in France, we now have four days. Less than twenty-four hours of that will be spend with the grand Jacques du Castellon, in which I'm going to have to tell him that I'm going to marry the girl that he so clearly doesn't approve of.
I shouldn't care what he thinks. I don't want to. Yet, here we are.
Suppressed trauma resurfacing.

We consider heading into the city for dinner, but ultimately decide that we're both still trying to recover from the storm that was the last two weeks. When the short walk from airport to cab absolutely soaks us, we're absolutely certain we want nothing more than a hot shower and then hang on the couch in our pajamas.
"See, it rains unexpectedly in Paris just the same as Edinburgh." Emma teases as she strokes strands of wet hair out of her face. "It's an unvalid reason to hate the city I grew up in."
"Mind you, we had snow last week. You know what doesn't happen in Paris when spring has been going for a month? That's right, snow." I laugh, slamming the car door shut. "Not to mention it doesn't rain nearly as -"
"Où, monsieur?" The driver asks me. I glare at Emma.
"Paris is better in every way." Then I lean over to the driver. "Route de Montgermont, s'il vous plaît."
The driver looks at me a little offended. "C'est au-delà des frontières de la ville, monsieur. Je vais devoir facturer un supplément."
"Je suis au courant. Maintenant, s'il vous plaît, nous aimerions rentrer à la maison."
When I lean back in my seat, Emma is giving me a very particular look. I raise my brows at her. "What?"
"Nothing." Her voice is that kind of low that tells me it's definitely not 'nothing'. "I've just missed you talking French. And now I get to hear a bunch of it."
"Oh, really?" I grin, reaching up to wipe a stray drop of water from her cheek. I cup her cheek as I do it, and she bites her lower lip. "Si nous venions ici un peu plus souvent, vous en entendriez encore plus..."
Her brow wrinkles as she thinks about the translation, but then she rolls her eyes. "You know it's not that I don't want to come here. It's just complicated combining it with life."
"You understood!" I laugh, maybe a little more surprised than I should be.
"Of course I did! I'm not a complete nitwit, you know." A pause. "And maybe I've downloaded an app to refreshen my knowledge."
"Well, I'm all for it." I chuckle, leaning in for a kiss. "I think you speaking French might be even sexier..."
"Save it until we get to the mansion, you horndog." She laughs, but she doesn't really push me away. Knowing that we've still got a thirty minute drive, I do pull back just to make it easier on myself.
"And don't worry, I know that it's not realistic right now to come to France more often than we do now. You're right. Combining is complicated."
Emma's face softens, and she takes my hand. "It is. But I know you miss it."
I squeeze her hand, and shrug. It's a touchy subject, just like it's always been, but I'm not currently in any mood to deal with it - there's plenty of emotions already running wild inside of me. "We'll figure it out. We're still young."
"Excuse me," Emma laughs, catching on to what I'm trying to do and flawlessly going along with it. "I'm still young. You are thirty now."