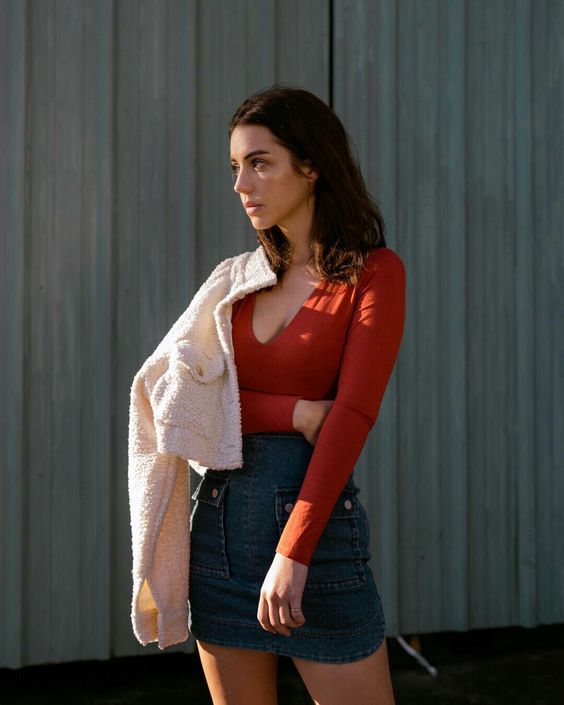 Luckily, Jacques du Castellon isn't expected to come home until later tomorrow, which means we have some time to get used to being back at the mansion without him breathing down our necks.
Eschieve is sprawled out on the couch when we get in, hardly getting up to greet us. She's had a long and exhausted day, she already told us when we texted her we were coming over, so it's no surprise that it takes her longer than usual to get up and hug us both.
It's nice to have her around, not just because it's Eschieve and we love her, but also because this way, not all eyes will be on us whilst we prepare to tell Jacques about the engagement.
We've gone over multiple ways to tell him, figuring out how to soften the blow, but we still haven't quite found the way that will guarantee a positve outcome.
The stress we feel is quickly noticed by Eschieve, who points at the nearly full bottle of wine on the table. "Serve yourselves."
When Lucien goes into pour two glasses, I shake my head. "I'm okay. I think I'm going to unpack a little, take a shower.. unwind, if that's alright."
Both siblings nod. "Of course, take however long you need."
I turn out to need longer than expected, long enough for Lucien to come into the bedroom to check up on me whilst I'm brushing my hair.
"Are you okay?" he checks, brushing a hand across my shoulder blades.
"Just a little tired," I sigh. "And tense.. It's weird being here again, especially with telling your father about our engagement and all. I guess I just need a good night's sleep."
He smiles, pressing a kiss to my shoulder, covered in the fabric of one of his big shirts that I use to sleep in. "Let's do that, then, shall we?"
I take a peek at the clock, not even ten at night. I haven't had dinner, because I declined when Lucien came to knock on the door about two hours ago to tell me they were about to whip something up.
"You don't have to...," I mumble. "You haven't seen your sister in a while, you can spend time with her, I'll be fine."
"I know you will," he goes to hold my hand. "But I want to. I'm tired, too, and we need some rest before facing Jacques."
When we're finally in bed, neither of us are truly ready to actually go to sleep just yet. We scroll through our phones for a while, my back pressed against Lucien's side and his hand softly rubbing up and down my back.
From time to time, he'll press a kiss to my head or my shoulder, or he'll chuckle then show me something funny he's found.
"Luce?" I breathe after placing my phone down on the night stand, turning around to face him.
"Em?" he locks his screen in one swift motion.
"I know it was all just casual conversation, but...," I take deep breath in. "I just don't want you to think that I don't want to come to France. I love being here, and I know that you've sacrificed a lot by settling down in Edinburgh. It's just complicated, and with so much of our lives being there..."
He smiles, sliding his thumb across my cheek. "I know, my love."
"I know you do, I just..." another deep breath. "Want you to know that I am willing to talk about this, to make a change if that's what you need. Especially after you graduate, I..."
"It's time to go to sleep, Em," he says sweetly. "Like we've said before, there's plenty of time to discuss this. Let's not add it to the thing already on our list for this week."
I smile. "You're right." With a small wiggle, I manage to squeeze myself against him tightly, his arms wrapping themselves around me quickly. "I love you, Lucien du Castellon."
"I love you, too," he breathes back. "Emmeline Middleton."
"Use the other one," I smile into his chest, feeling him chuckle lightly.
"I love you too," he repeats, "Emmeline du Castellon."

Lucien, having had trouble to fall asleep last night, is still dead asleep when I wake up. Falling asleep is never hard for me after travels, but sleeping in when I'm not in my own bed is much harder.
In the kitchen, I meet Eschieve, already in her running clothes and her hair in a tight ponytail. She smiles at me. "Morning," with a nod at her outfit, she smiles. "I was just going to go out for a run. Want to join me?"
And so I do. The streets are empty, apart from a few people commuting to their jobs or whatever place they need to be at eight in the morning, and birds are chirping.
Eschieve's much faster than I am, but she adjusts her speed to mine after a while. "So," she starts at one point when we take a short water break. "Nervous? About telling Jacques?"
"Terribly," I admit. "Which is crazy, because I didn't even feel this way when we told him we were pregnant, even though that whole out of wedlock thing must have been harder for him to accept than us actually getting married...," I sigh, stretching my arms. "I just never seem to understand him."
Eschieve chuckles. "Believe me, I've been trying for twenty years. Jacques du Castellon is a mystery to many. I think the only person who ever truly understood him..."
Her sentence died down, but by the smile on her face I understand where she was getting at.
"Now, the last one to get to the end of the road buys breakfast," Eschieve smiles. "Croissants and fresh fruit."