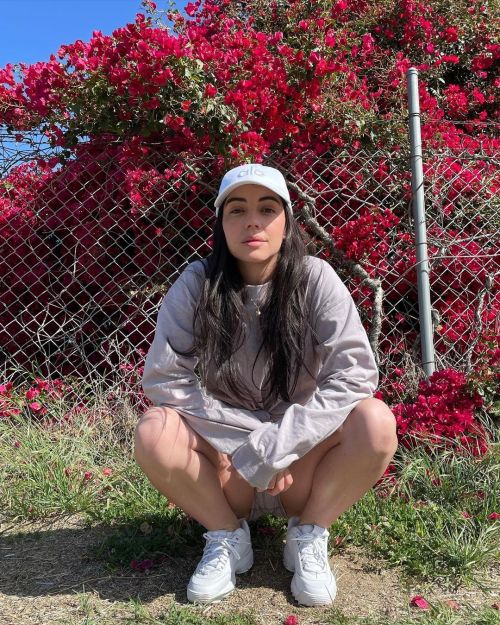 I feel a strange kind of pride after everything that has taken place, and decide not to sit around and grade essays much longer. I am nearly finished anyway, and though enough dinner was prepared to serve us, too, seperately, I smile at Eschieve.
"What do you say? Should we go and grab a bite?" I move my chair backwards, pushing myself out of it by placing my hands flat on the table.
"And get out of here?" she mumbles under her breath. "There's nothing I'd currently rather do. Let me just..." She gestures at herself, and though she looks gorgeous as always, I nod.
Careful as to not interrupt Jacques' meeting, we take the other entrance from the terrace into the house, my eyes meeting Lucien's for a brief moment. It's enough to make him smile, something that can't be easy with his father's watchful eye on him.
Something about the slight change in Jacques' mannerisms makes me feel proud. I can't possibly say it's because of our talk this morning, but it would be foolish of me to think it had nothing to do with it either.
A knock on the bedroom door, a little more than fifteen minutes later, lets me know Eschieve is ready to leave.
Though the atmosphere in and around the mansion is far from as tense as it was the last time, we both need some air.
"Gentlemen," we find the group in a quiet moment of their conversation. "We will be heading out for a part of the evening, but we wish you a very pleasant rest of your night." All men but Henry meet my eye, though hesistant. Lucien, possibly to add a little bit of fuel to the fire, shortly gets up from his chair to press a kiss to my lips. "I'll let you know when we return."
"Please do," he smiles. "I love you."
"I love you, too," I smile back, my cheeks glowing lightly from the obvious staring going on.
Eschieve takes me to one of her favourite places outside of the city centre, where the wine is served cold and the dishes are simple, yet delicious.
The weather is nice for long enough for us to sit outside until dessert, when a friendly and obviously flirting waiter offers us one of the best places inside.
Being out of the house is nice, and spending some stress-free time with Eschieve feels like a treat.
"She's engaged to my brother," she quips at a certain point, when the waiter tries to offer us another glass of wine on the house, his eyes lingering for too long. Then, she chuckles as he walks off. "I love that I can say that now."
"Oh," I chuckle, stealing a bite of her lava cakes. "Me, too."

Drinking coffee with dessert was a terrible idea, I realise around two AM, when Lucien is already dead asleep and I can't do anything but stare at the ceiling.
It's good to see him quite relaxed after the weird evening he must have had. We talked a little bit when I came home, and though he hardly let anything slip about the dinner or whatever happened after, he assured me it had all been alright, as far as things with Jacques du Castellon can be anything close to alright.
As a little unspoken thank you for both of our actions tonight, we made love, and soon after, Lucien fell asleep, what must have been over two hours ago.
Without hitting the floorboards I now know creak, I leave the room. A cup of tea and some fresh air might help, which is why I make my way into the kitchen. There's a few empty wine bottles on the counter, the dish washer running a load of what must be dirty cups and plates.
The kettle bubbles as I lean against the counter, toying with the teabag in my favourite flavour until I can dunk it into the boiling water.
"Miss Middleton," his voice startles me. It always does, because he's great at speaking when no one expects him too, but even moreso now the room is hardly lit and I had not heard him coming. "You're up awfully late."
"I couldn't sleep," I mumble, vaguely reminded of a conversation we had one of the first times I was here.
"My son must have brought that up in you," he rummages through the cupboards, taking out a whiskey glass, pouring a layer into it. From the way he speaks to the lack of care he uses in his movements, I can tell he's already had plenty to drink. It's probably the first time I get to see Jacques like this, and I'm not sure if it should worry me. "He has always been a terrible sleeper."
"Just had a little too much coffee late at night," I shrug, hearing the kettle turn off. "Your son only brings out good things in me, not to worry."
There's silence for a while, the only sound the ticking of a clock in the distance and the soft dancing of ice cubes in Jacques' glass.
"I never wanted it to be this way," he suddenly speaks, setting his glass down on the counter with so much force it could have easily broken if it were of lesser quality. I wonder if that's why he has bought expensive glasses.
I don't reply, merely watch him in confusion. His eyes wander off, as if he has forgotten that I'm here, or that he said anything at all. "Millie wouldn't have wanted it this way, either. I just... couldn't help it, and I let it get out of hand."
My mind jumps from word to word to fathom what it is he's saying, the French draw to his words making it harder for me to understand.
His eyes meet mine, possibly softer than I've ever seen them before. There's a shimmer of sadness in them, regret maybe.
"It's not too late," I smile, the weird desire to hug him coming over me for a second before I realise who it is I'm faced with - even with the drunken speech, this is still my stern, serious father in law who could hardly mutter a 'congratulations' when we told him about our engagement. "I'm sure of that."
With one big gulp, he finishes his drink. The silence in the room suddenly feels like it needs to be broken. My cup of tea is still on the counter, steaming hot, but I don't think it can help me sleep anymore. "I should try and go back to bed."
He nods, reaching for the bottle to fill up his glass once more. Before I leave the room, I hear him clear his throat one more time. "Good night, Emmeline."