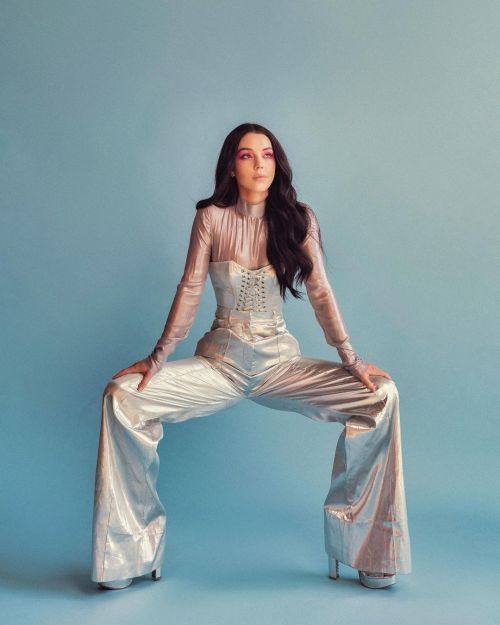 Returning home after a vacation used to be one of my least favourite feelings. Unpacking the suitcases, finding sand in hooks and crannies, hanging up souvenirs and then returning to normal life. As if that feeling of freedom had never existed, like life had always been monotonous and safe.
Now, however, mixed with the sentiment that comes with leaving the mode we're in when we're away from home, a feeling of rest comes over me as soon as we close the front door behind us.
We're home, in a place where we both feel totally safe. A place that we've nearly built from scratch all together, where all the people we love are welcome to stay however long they want or need.
It still smells like the candles I buy in bulk and the laundry detergent I used to wash the pillows on the couch before we left, to make the house smell just like this upon our return. The flowers on the coffee table haven't wilted and still look as gorgeous as they did when we left them.
Lucien seems to feel the same urge I do - to leave the suitcases for what they are for the night, to just sink down onto the couch and figure out what to do with them in the morning. So that's exactly what we do after Lucien drops our bags in the guest bedroom and opens a bottle of wine from the fridge, pouring the both of us a glass.
Falling into Lucien's embrace on the couch feels even more like home, and I nuzzle against him whilst he flicks through the channels, finding the one we use to watch re-runs of Bake Off.
Lance and Frank have calmed down slightly after their food and are now on the couch with us, on opposite sides, the dog next to Lucien and Frank with half his body on my thigh, nearly crushing it.
I can't focus on the tv much, my mind taken up by yesterday's adventure that lead to a possible wedding venue and the conversation that followed.
Would I get married in France? It would mean shipping all of my Scottish friends and relatives out to France, forcing them to take more than just a day off, and making sure they all have a place to stay. It would mean taking on more responsibilities, in no way being able to force all of those onto my maid of honour or our best man alone.
But it would also be the perfect way to show our love - knowing no boundaries, going to the ends of the earth or simply Paris for each other.
Then, the second question arises. My list of loved ones isn't short, but it isn't too long either. My family, some of my closest relatives, my friends. It wouldn't be hard to fit them into a hotel or a plane.
Lucien's list is the same length if you think of friends in the most loving sense of the word. Yet, we might not have that luxury.
Lucien du Castellon getting married will be seen as a world wonder, and will cause many people to want to celebrate - or mourn - our union.
"You seem awfully lost in thought," Lucien moves a lock of hair out of my face, clouding my vision, and presses a kiss to my forehead.
"Just wedding things," I grin. "It's still weird to say that out loud.. Even though it's all I can think about, I still don't really believe it's actually going to happen."
Lucien smiles, taking my hand in his and pressing a kiss below where the beautiful ring meets my knuckle. "I know.. What wedding thing were you thinking about?"
"The whole..." my free hand makes an almost exploding gesture, "social aspect of it all. You know, your hundreds of social media, modelling and acting friends. They're not going to accept not being invited, but I don't really see Luca or Jane mixing with my aunt Muriel or your father..."
Lucien chuckles. "I'm sure Jacques would love talking about the pros and cons of amphetamines with our social media friends."
"Oh please," I sigh, allowing Frank to crawl onto my lap and scratching under his chin until his purring is just about as loud as my talking, "You'd leave me at the altar if you even saw that happening."
"Emmeline Middleton," he smiles sweetly, "I'd never leave you at the altar, even if a hundred Jacques du Castellons were doing anything in their power to ruin the day."
I can feel myself blush and take some time to recover by taking a sip of my wine.
"But I must admit that has crossed my mind once or twice," he presses a kiss to the hand he's still holding. "The whole mixing groups thing, not the leaving you at the altar thing. I'd love to celebrate marrying the love of my life with all of those people, but I wouldn't quite celebrate the way I'd like to do with your parents and our closest friends..."
We both watch the screen for a moment, multiple cakes nearly collapsing minutes before the time runs out, and Lance hungrily licks his lips at the sight of grapes - his favourite fruit.
"Why don't we just..." I lean against him. "Do it twice?"
"What?" he looks at me confused. "Get married twice?"
"Well, not technically, because for that to work we'd have to get divorced... but..." I tilt my head up to look at him. "Celebrate twice. Once with just the people we love most, be it in France or in Scotland. And then later, with all the people we like partying with. Pretend it's the first time, celebrate twice. The love we have deserves that, don't you think?"