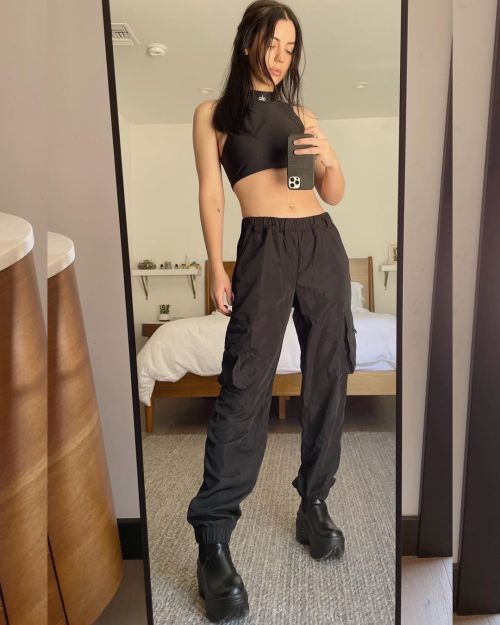 The door slams shut behind me, simply because I haven't put any effort into trying to shut it quietly. The animals immediately turn on, Lance barking loudly from his crate. It's around lunch time, which sparks confusion in Frank, fast asleep on the couch until my entrance made the walls shake.
It wouldn't surprise me if a few days from now, several speeding tickets will be in our mail box, and I'll happily pay them because I couldn't have spent another minute on the road or at work.
I find a half full bottle of white wine in the fridge, and after I fill up a glass to the rim there's only a small layer left in it, which I simply chug before placing the empty bottle on the counter.
My bag ends on the kitchen floor after clumsily being placed on one of the barstools and then plummetting to the floor, a sound signaling that my laptop did not enjoy the drop.
"Fuck," I curse, my hands pushing my hair out of my face. I'm still shaking, now more from adrenaline than anger, though anger is still very much present in my body.
I smoke what's left of my pack of cigarettes on the balcony, pretty much back to back and lighting one with the other, then take off to the corner store to get another pack. Fumbling with my keys at the front door, almost dropping them twice while carrying another bottle of wine and dangling a lit cigarette from my lips, someone clears their throat behind me.
"Emma?" It could be said he was heaven sent, because he's the only person who always knows what to say. But now, even though he's the perfect person for this moment, I want to punch his face in, even if it's just to get rid of the burning feeling rushing through my veins. "You're home early."
Matthew takes his key out of his pocket with a friendly smile, not asking a single question before pushing the door open for me. I flick my cigarette to the pavement, stomping on it once or twice.
"Why are you here?" I ask after my mind runs blank on any logical answers. Could he know? God, no, how would he even know?
"I borrowed Lucien's camera, and I'm returning it," he pats his bag before pushing the button on the elevator. "I would just give it to you, but you look like you need someone to talk to right now."
"I'm really not in the mood, Matt," I mumble as the elevator doors open.
"I know you're not, but I don't think I've seen you this way in a very long time, and I also know you're stubborn, which is why I'm coming up," he presses our floor number.
"So," he smiles, handing me a glass of wine he poured. It's less full than I'd like it, but I still take it with a smile as friendly as I can manage it. "What on earth has made you this angry? And trust me, if it has something to do with Lucien, you can still speak freely. He's my best friend, yes, but I know how he can be sometimes."
"It has nothing to do with Lucien," I groan, playing with the lighter between my fingers. "I... God, I fucked up, Matt."
He raises an eyebrow before taking a sip from his beer. "Tell me."
"There's this... kid, in some of my lectures. Maximilian, dad's a hot shot lawyer and his mother is an attorney. And ever since the start of his studies, he's been on my ass. He submitted my own case file to me to discuss in front of the entire class, he filed a complaint against me for failing his essay - total brat, and it's gotten me an official warning a few months back."
"So far, though annoying, it doesn't sound like much of a fuck up," he assures me. "But I'm sure there's more to this story."
I lean my head in my hands with a sigh. "I teach this smaller work group that he's in, too. About twenty students. And today..." I light another cigarette and sigh out the smoke. "I totally lost it on him. We were going over social media laws and he brought up..." I inhale deeply, feeling the smoke tingle in my lungs. "Pretty much everything I don't want to be reminded of. The Callum case, again, but also the abortion scandal and my... our pregnancy, our miscarriage. That's... It was the last straw, and before I knew it..." I can feel my blood coming to a boil again and my breath hitches in my throat. "I had this kid by the collar of his designer shirt, dragging him to the door. I shouted in his face, how he had no right to talk to me that way, that simply because the university has sided with him so far because his parents are loaded I won't let him walk over me, that he had to leave my class and never come back. I threw out his stuff behind him," I take a deep breath in. "And he did leave, only to return ten minutes later with my supervisor. I'm suspended without pay for at least two weeks. If I'm lucky, no charges are pressed, but with a kid like that...."
It's silent for a while, Matt looking thoughtful. "Jesus, Em."
"I know. I'm such a fucking idiot!" I groan. "And now I'm going to have to tell Lucien that not only I might get sued, I might also lose my job over this..."
"I think," Matt smiles at me, placing a hand on my knee. "What you did is pretty bad-ass, and that kid deserved what was coming to him. And if worst comes to worst, you can always pursue a career in modelling... or wrestling, apparently..."