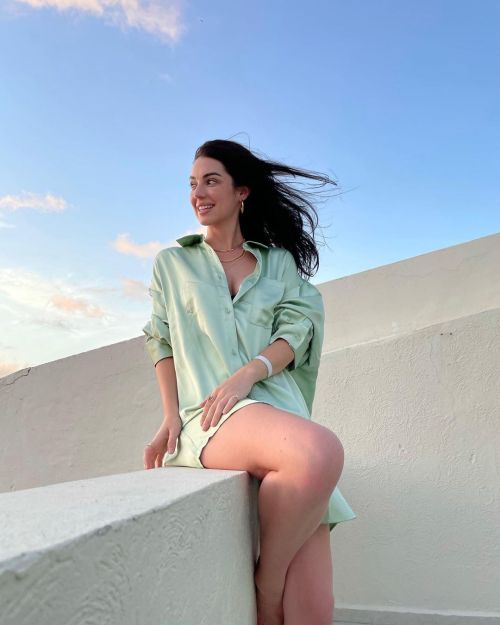 "Oh." It's all he says, and I can't blame him. I've had weeks to mull it over now, and I still don't quite know what to do with the information. The only thing I know is that it has eaten at me.
The selfishness of the reason why, however, has been even worse. In stead of feeling sad for my brother and his wife, or letting that feeling take control, I've been nervous. Scared, even. For myself, in nothing but selfish thought.
"And I've just...," I use the balls of my hands to angrily push the tears that have started to form out of my eyes. "God... I can't stop thinking about..."
Frank, intuitive little thing he is, starts rubbing his head against my arms.
"What if...," I breathe, my lips salty and my voice trembling. "It's a family condition? If Claire, if that was... because I can't carry a child full-term, just like Selene. She had a miscarriage too, just after ours. And she never told us, because we were already mourning... What if I'm broken?"
The trembling has turned to rambling and I can feel my heartbeat quicken, as if it is just about to pound out of my chest.
The distance between us feels bigger than it was before I spilled what had been on my mind for ages now. Lucien was right, I have been pushing him away, because every time he tried to touch me I was immediately reminded of the thunder cloud circling my head.
"Em, you're not..." Lucien's voice is calm, though I can almost detect a little tremble.
"We don't know that," I mumble, scratching the top of Frank's head to stop him from pressing his claws into my stomach.
"Even if it turns out we have trouble conceiving, that doesn't make you broken." Part of me knows he's right, but I can't shake the thought.
"You won't leave me if I can't have your children?" The question is ridiculous, but it's one that has been coming back to me every time we talked about the wedding. How can I possibly keep this from him when he has promised me a life together? Seeing how happy he was when I was pregnant with Claire, the hint of excitement in his eyes in France when my period was late.. I can't force him to be with me if I can't give him that, he should get to decide himself.
"Never," I can tell he's doubting whether or not coming over to me is a good idea, his body tensing up. "Em, I love you-"
"Please just hold me for a bit?" I interrupt him, the physical distance combined with the topic of conversation suddenly feeling too heavy on my mental health.
It hardly takes him any time to come over, his arms wrapping around me as Frank struggles to get away. My tears dissapear in his shirt as he presses a kiss to the top of my head.
"Like I said," he then continues, petting my hair like I'm Lance or Frank, calming me down as much as it possibly could right now. "I love you, unconditionally. Whether or not we will be able to conceive with ease does not change that."
"Really?" when our eyes meet, his thumb goes to wipe tears from my cheeks.
"Really. We'll figure it out. We'll adopt, or foster, or become one of those couples that just takes their pets on trips. As long as I'm with you, I'm good."
That only makes me cry more. It's just like any time I'm terribly worried to the point where I'm convinced the world will end - Lucien knows exactly what to say to calm the tornado of bad thoughts racing through my mind, ready to destroy any positive thought in their path.
For the first time in over two weeks, we make love. Right there, on the couch. I'm not sure how it happens or how we get there, but I don't push him away a single time and we just lay in each other's arms after.
"Do you want to talk about it?" Lucien asks, moving a strand of hair from my face when he notices my eyes have drifted off, staring at the wall.
"Trying to rationalize the Charlie and Selene news," I mutter, moving my face so I can press a soft kiss to his collar bone. "It's just... I don't know. I don't know what I would do if I were in their position."
"What are their options?" he asks, his voice nearly softer than the beating of his heart under my head.
"Not much, from what I got from them.. Selene's got diagnosed with endometriosis, and apparently Charlie's boys never learned to swim properly..." I repeat my brother's wording from the last time we spoke. He hasn't talked to anyone about it apart from their doctor, so it came as much relief to him that I was willing, or more than willing, to talk to him about it. "They're looking into their options now, but it's not going to be easy."
We both sigh in sync.
"The most important thing for them right now is knowing we're there for them. I already told them that if money was the issue, we'd help out wherever we can." I lean up to kiss Lucien's cheek, our eyes meeting when I lean back. "I'm sorry it took me so long to tell you."
"That's okay," he smiles, his hand holding mine. "I'm glad you told me. Now we can talk about it... if we need to."
"Let's not talk about it too much," I breathe. "Let's... try and let it rest, for a while. Not add it to the pile of things to worry about."
He chuckles. "Agreed. Let's focus on one or two things at a time, shall we?"