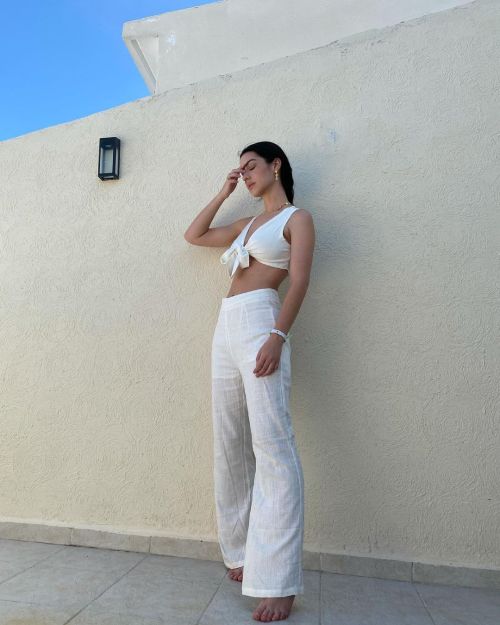 It is truly insane to me how our bodies learn to signal to us when something is wrong, far before we actually realise it ourselves. At first, I think it's because I'm in an entirely new place with prying eyes.
The lady behind the desk takes a while verifying my identification, unsure if I'm actually here to come pick up Lucien du Castellon, only known as the intern, or to blow up the entire place in my role as undercover spy.
When I finally do get let up, the elevator ride feels like it takes hours. I look at myself in the glass walls of the elevator, wiping away some of the lipstick I smudged whilst smoking a cigarette to calm myself down to head inside.
I blamed it on merely being nerves, because even though meeting new people has become a regular occurrence, it still makes me nervous.
The place looks a lot like our old Edinburgh office, with big glass walls and office cubicles. Another woman behind a desk notices my wandering eyes and smiles at me. "Visiting?"
"I'm here to pick up my-" the word fiance nearly slips, but I switch it just in time. "Boyfriend. Lucien du Castellon."
She gestures to a set of leather couches in the middle of the open space. "They're still in the meeting, running a little late. Feel free to grab a drink, I'm sure they'll be out in no time."
So I do. I pour myself a glass of ice-cold water from the machine and sit down, tapping my foot and scrolling through my phone mindlessly. My body seems to be mostly nerves these days, and waiting doesn't make it much better.
I'm about half a useless Buzzfeed article in when I hear a door open, male voices booming immediately. I go to listen for Lucien's immediately, but don't find it. There's too much white noise, too many low bass tones to filter out his.
"Em," he steps into sight, his brow furrowed and his voice tense. "Hey, there you are. Please, follow me."
There's a hurry to him I don't see often, but the urgency of it doesn't escape me, so I do as I'm told. "I thought you wanted me to meet Noah," I mumble when he closes the office door behind us. "That's why I came up. I could have waited in the car... unless you're luring me in here to have some steamy..." My joke disappears when I see Lucien's expression. "What?"
"Callum showed up," he bites down on the inside of his cheek as I watch him hastily shove some things into his bag. "I was going to message you, but I left my phone on the desk..." he gestures over at the corner, where his phone indeed lies. "I'm sorry, this wasn't supposed to happen."
Just the mere mention of his name is enough to confirm the feeling I got stepping into the building, the hair on the back of my neck standing up straight. My heart is caught somewhere in my throat and my hands are tingling from hearing his name, and knowing he's nearby causes my fight or flight instincts to kick in.
"Alright," I don't have full control over my voice, but the words come out nonetheless. "I'm going to need a minute, and then we'll leave."
"Take your time," he nods. "Noah knows... well, hardly anything, but he knows I'd rather not see him."
"I'm going to need a massive glass of wine after this," I sigh, moving my hands through my hair and taking a deep breath in.
"Anything you need, my love," he presses a kiss to my temple. When he locks his hand in mine, squeezing it tightly as if to say I'm not going anywhere, I nod.
We almost make it out. The men are still in the conference room, their voices getting louder as we walk past, Lucien in between me and the door so I avoid seeing or being seen. I can't quite tell what they're talking about, but it seems to be classic locker room talk - men seem to feel the need to talk louder when talking about sex, because it makes them feel even more like an alpha male.
It almost works, with us walking quietly but quickly. Almost, because Callum is some kind of bloodhound, and without even turning his head, his voice sounds.
"Leaving so soon, Du Castellon?" It makes me already want to run, yet I freeze. "We were just about to discuss-" Then, his head does turn, and the grin on his face turns into a wicked grin. "Ah, what a terriffic surprise!
I can feel my heart nearly pound out of my chest when his eyes land on me, scanning me up and down.
All men in the room look at us as if they're expecting something to come, waiting for something to happen. All except two - Callum and another man, who has to be Noah. When my eyes meet his, they're soft, and he weakly smiles.
"We have places to be," Lucien states, his hand still tightly in mine.
Callum lets out a disapproving sound, shaking his head. "Won't even join us for one drink? Come on, Du Castellon, that's not how I know you. Emmeline, don't you agree? You two could join."
Lucien squeezes my hand, and I can tell from the way he takes a short breath in that he's about to answer, but before he can, I can no longer hold back the words burning on my tongue.
"We would," I feel the fakest smile form on my face, making my cheeks burn. "But between you and I, one of us shouldn't be here. Legally, it'd be the person with a restraining order out against them, but I would hate to let it get that far., so we'll go in stead."