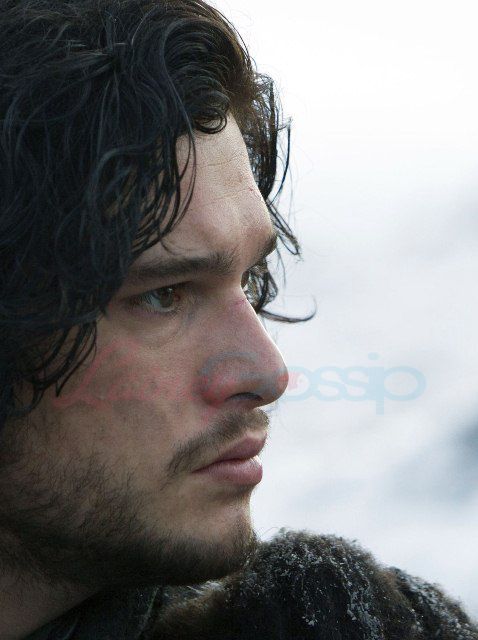 While on stage, I continously search out Emma in the crowd. She cheers the loudest during the choreo Ava build for us, and when we walk down the runway she yells you're so HOT to great hilarity to everyone present. Most of the day goes by in a blur, because it's all so surreal. The judges rave on our outfits and how Ava really managed to make me look like her, but they do think I could've done better in the dance and that I still look a little too masculine. Ava defends herself by saying she had someone who looked like the straightest of straight white boys, and Gabriel can't compose himself laughing at the other end of the line. Honestly, neither can I.
"Tell us, Evie la Vie, what is it like to be in drag for the first time?"
I ponder on the answer for a second. "Bizarre. Surreal. I've done my fair share of weird things - shut up," Without taking my eye off the judges I hold out a hand to shut up Gabriel, who was already leaning forward to comment, and everyone chuckles. I'm suddenly hit by how grateful I am to have this experience with him. "I've done my fair share, but nothing really matches this. It wasn't just Ava who helped me walk in heels - three other queens came to coach me when I couldn't quite get it and they all cheered when I finally made it across the room without nearly killing myself."
"And how would you say Ava did?"
I look at her. There's so obviously nerves in her eyes, but also pride. I grin. "Amazing. She supported me from the moment we were matched up. She's made me feel like a super hero and a super villain all at once with this outfit and this make-up. She tried her best with what very limited dance skills I have, and I'd like to think I didn't do half bad..."
"It certainly could've gone a lot worse." One of the judges chuckles. "Thank you, Evie."
We don't win, though rank high, and I make immediate peace with that when the winners are announced: Clover and Gigi L'Amour. Clover looks elated, tears sparkling in her dark eyes, while Brie whoops and throws his arms around her. They each win a weekend getaway to Greece, but looking at Brie he couldn't care less about that; not only did he get to participate in his favourite show, he also won the challenge. And well deserved, too.
While the final lip sync is a joy to watch, it's surprisingly painful to see one of the queens go. Each of them have burrowed themselves into my heart despite being here for only a couple of days. But it's still a tv-show, and the rest of us are quickly ushered back to the work room to get out of drag.
As it turns out, un-tucking is one of the most painful experiences in my entire life.

The next day we fly back to Scotland; our suitcases stand ready in the hallway. As ever, I'm not quite ready. As always, I want to stay. It's the late summer and the weather is still nice. We can still sit out on the terrace for hours after dark, because the temperatures are still soft. There is a slight drizzle, but it doesn't bother either of us. Emma knows. She doesn't say it, but I feel it from the way she takes my hand as we each read our book and the way she tucks herself into me as we lay in bed with mere hours until the dawn. I'm tired, the week of filming suddenly crashing down on me. I want to tell her that I'm grateful for us getting married here, in the place that will always be my home, but I'm asleep before I can.

I'm chatting with Emma as the clerk checks us in. He points out I've given him one that's expired, and I apologise and dig up my new one from my suitcase.
"Why do you even still have it?" Emma asks with a smile. She's wearing a summer dress to combat the damp heat of today, despite it being much colder in Scotland.
"Because it holds so many memories." I smile, flipping through it. There's only three blank pages, the rest of them filled with stamps from far-away and less far-away travels. I go to tell her some when the clerk cuts in.
"Sir, is it correct that you don't have a return ticket?"
"Yes?"
"Are you planning to stay in Scotland for more than three months?"
I frown. "I live there, so... yeah."
The clerk's brow furrows just the same. "Are you planning to work in that time?"
"Again - I live there. Yes, I am."
"Sir... Are you aware that you do not have a valid work visa?"
"Excuse me?" I shake my head. "That can't be right. I've lived and worked in Scotland for nearly five years."
He frowns deeper, seeing something on the screen that puts alarm in his eyes. "Would you follow me, please?"
"How many?!"
"Eleven, with a grand total of nearly fifteenhundred euro."
I stare at the man in front of me. I've missed out on his exact profession, but I don't need it to know that this man is denying me to access the UK.
"I've not been in the country for more than two months since these!" I protest, flipping through the worryingly thick stack of outstanding traffic tickets this man just handed to me.
"The car was in your name, sir, and so are the tickets."
The tiny room spins around me. "It must've beenn my sister. Officer, I swear -"
"Look, you can appeal to these tickets but it's going to cost you more time and more money." He cuts in, shrugging. Clearly this is a man tired of his job.
"Fine, fine." I say, feeling defeated. "If I pay them, can I travel?" I think of Emma sitting on an uncomfortable bench outside the room, and the possibility she might have to travel alone. We've already missed the flight we booked, and the next one available. But at my question, the man's face contorts and immediately I know that I'm not going back to Scotland today.
"Yes, and no. Don't ask me for the details because I don't know them, but this in combination with your new passport caused some freak errors in the system regarding your visa. You need to take it up with Paris city office for the details, but usually paying the tickets needs a week or three to process, but basically your visa has been denied for criminal activity."
"Can I even get a visa after this?" I ask, dreading the answer.
"Yes, traffic tickets are a minor offence, the main problem is that you still had them open. The problem lays more with your visa now. After denying, you can't immediately apply for a new one, and even if - this offence blocks you from traveling outside French borders for a while."
The room slowly stops spinning and instead, the whole world comes to a stop. "How long?"
"Three months."