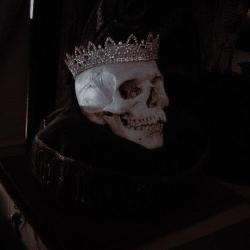 It was already two in the morning when I finally heard someone walking up the stairs.

I had been waiting for Draco to show up for five hours now.

After potions he had just vanished. Nobody had seen or heard from him. I had to speak with him, but with him avoiding not only me, but the others as well, I felt like I had no other choice then to wait for him. Blaise had sat with me for a little bit, and Theodore had brought me a blanket before they went to sleep.

"Zara?" Draco asks me as he sees me sitting on the ground.

"What are you doing here?"

"I was waiting for you," I answer him with a small smile. He let's out a big sigh and sits down next to me.

"You are insane," he mumbles.

"Yeah well, you didn't leave me much of a choice."

He lets his head rest against my shoulder and a few minutes of complete silence go by before he finally starts speaking again.

"I am sorry Z. I just don't know what to do. It has only been four days since we're back at Hogwarts, but I feel like I already should've accomplished something in order to please him."

I knew who he was talking about and the thought alone made me shiver.

"And you think shutting out your best friend is going to help you succeed? Because the more you avoid me, the more I will do to find you. I will follow you everywhere and I will do whatever it takes to figure out what plans you are working on."

"So I guess avoiding you didn't piss you of enough to leave me alone?"

Now it was my time to laugh.

"You really think that not sitting next to me for three classes would be enough for me to hate you?"

"Well, not hate, but I thought it would buy me a couple of days."

"You are such an idiot," I chuckled.

He suddenly starts to tell me all the ideas he had to kill Dumbledore, and while this wasn't your typical conversation between two friends, I couldn't help but be glad that he felt like he could confide in me. And while most of his ideas weren't great ones, some did have some potential. But he did need help, that was one thing I was sure of. There was one potion I liked the sound of, he had done his research, but when he told me about the ingredients he needed I knew it would be very hard. Some of the things could be stolen from the potions classroom, but some wouldn't be as easy to get.

"I will see what I can find out about the flower you mentioned for the poison, there must be something about it in the restricted section," I tell him.

"I don't want you to get into trouble."

"What do you have in mind?"

"I will borrow Potter's invisibility cloak," I stated. I could tell he did not like my plan at all. He sat up straight, playing with the Slytherin ring on his finger. Deep in thought. I didn't like my plan either, but it would be our best chance if we didn't want to be caught. If anyone found out what type of books we would be searching through, we would be in a lot of trouble. I had already heard some fourth year Slytherin boys whispering about the possibility of Draco being a death eater this afternoon. Rumours would go flying around if he was caught going into the restricted section himself. And I didn't plan on getting myself caught either, at least with Potter's cloak nobody would be able to see me.

"I didn't know Potter and you were close enough to borrow each others clothes," he grumbles.

"Are you seriously going to act like a jealous boyfriend now?" I scoff.

"You are such an asshole," I scream while standing up and throwing Theodore's blanket into his lap. As I want to walk away, he quickly stand up and grabs my arm.

"Zara, I'm sorry. I shouldn't have said that," he whispers. He pulls me closer, putting his other hand under my chin, softly pushing upwards so that our eyes meet. He gives me a small smile, but his eyes look sad. "There's nothing going on between Potter and me. I spoke to him twice, that's all."

He let's out a very deep sigh.

"You've been looking at him for years."

I could feel my eyebrows furrowing, confused by his statement.

"You have, and quite obviously as well. You may not have done so deliberately, but I could always tell."

I feel my cheeks getting warmer with each word he speaks. I truly wasn't aware that I have been looking at Potter in such a way. I had always found him cute, and part of me had wondered what it would be like to be with someone like him. Someone so well loved and popular, the chosen one, a hero. I loved being in Slytherin and I loved my friends even more, but I hated how we were viewed. How the other students had absolutely no idea what it was really like to constantly have to keep up appearances. There were so many rules to literally every aspect of our lives, especially with families like ours. The way we dressed, how we are perceived, who we were friends with and even who we marry, we were never able to choose for ourselves. Part of me had always envied Potter and his friends, and part of me always will.

"You are my best friend and all I want is for you to find love, be safe and happy, but if your father finds out that you are even on speaking terms with Potter, he will kill you."

I knew Draco was right. At the moment I hadn't thought through what might happen if someone decided to let their parents know that they saw me with Potter. I had to be more careful, if only to not worry Draco even more. He had always hated leaving me at the train station, because he knew what father did to me. He had always slipped healing potions in my suitcase, or tried to cure me as best to his abilities when we saw each other during the holidays.

"I don't want him to hurt you," he whispers.

"After we get the cloak, I'll stop speaking to him."

He pulls me closer, his arms wrapping around my waist. As I hug him back I can hear him mumble;

"You've always been such a terrible liar."