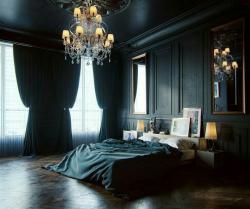 It was a little before ten when Blaise and Theodore came running into the common room, worried expressions on both their faces. I was sitting in the couch in front of the fireplace with Pansy and Daphne, playing a card game.

"Vincent and Gregory, they-"

I dropped my set of card into Pansy's lap, before standing up. Blaise and Theodore kept interrupting each other, not making any sense.

"Just bring me to him," I said. The guys nodded, Blaise taking my hand and pulling me with him. They were walking in a fast paced manner, looking around every corner to see if a teacher was walking their rounds. It took us a few minutes before we reached the astronomy tower. I could hear loud laughter, some stumbling and it sounded like someone was hit. We hurried our way up the stairs, only to see Gregory on the ground coughing up blood, Vincent laughing and Draco with a bottle filled with a dark liquid, presumably alcohol, and a bloody nose.

"You came to the show!" Draco slurs when he sees me. Blaise walks past me to see if Gregory is all right, which he thankfully seems to be. "What the fuck is going on?" I ask Draco, my voice strict. "You've always been such a moody bitch," Vincent says, sounding even more drunk than Draco had.

It wasn't a secret I had never been a fan of his two former groupies, I had always found them complete idiots. I was glad Draco stopped hanging out with them a few years ago. I knew he used them, as they didn't bring much value to the friend group, but even then I could never understand how he could even spend two minutes with them.

I wanted to ignore Vincent, didn't care enough to respond really, but Blaise did. He stood up and walked towards Vincent, backing him up in a corner.

"You watch your mouth Vincent, or I swear-"

"Or what? You're only sticking up for her because you want to fuck her, right? Everyone wants to fuck our Slytherin princess," Vincent muttered. I could hear Gregory, who was still on the ground, letting out a chuckle.

As if things couldn't escalate more, Draco now pushed Blaise to the side, and pushed Vincent in his face.

"I told you she's is off limits," he hissed, hitting him again. I rolled my eyes, walking over to the pair and grabbing Draco's shoulder.

"That's enough, I have no clue what on earth is going on, but it ends now. Let's go," I say, pulling him away from Vincent slowly.

"Yes Draco, be a good boy and listen to your wife," Vincent spat. I groaned, knowing he had done it now. Draco shook of my hand and practically threw himself on top of Vincent again. Theodore and Blaise tried to pull the two of off each other.

For fucks sake, why did guys always need to be so aggressive.

Gregory slowly gathered his strength and stood up, slowly stumbling to the boys. I pulled him back, and although I didn't use much force, he tumbled down on the ground immediately, too intoxicated to hold his balance. Theodore finally seemed to be able to get a good grip on Vincent, while Blaise was still struggling to hold down Draco.

Stepping in between them, may not have been the brightest idea I had ever had, but at the moment I didn't know what else to do. So as I stepped in between the four guys, who were all screaming god knows what at each other, Draco wanted to strike out to Vincent again, only hit me instead. Al though not exactly how I had planned to stop this madness, it did stop the fighting. They all went completely quiet, looking at me. Theodore still had his arms around Vincent, just in case, but Blaise had let go of Draco. I brought the tips of my finger to the corner of my mouth, where Draco had struck me. I could feel some wetness, which meant I was bleeding. It didn't hurt, at least not physically.

"Are you done now?" I ask him, dropping my hand.

"Let's go," I began, grabbing Draco's hand. "Blaise, Theo- make sure these idiots get to the hospital wing," I sneered, motioning to Vincent and Gregory. They just nodded, not sure what else to say or do.

As I pulled Draco behind me with much force, I was trying to concentrate on the only place I knew we could go to now and have a private conversation, but it was quite difficult with Draco stammering excuses the entire time.

"Just be quiet for a second," I snapped, shutting him up. I tried to focus on a place that brought Draco comfort, something secluded for the night, and a large door appeared. I opened the door, pushing Draco in and closing it after us.

"My bedroom," he mumbled.

"The room of requirement," he said, now understanding where I had taken him.

"Sit down," I tell him, looking at his bed. He nodded and quietly sat down on the left side of his bed. I went into the bathroom, wetting a cloth. I took a quick glance in the mirror, seeing the split in my lip. I quickly wipe away some of the blood with my sleeve and walk back to Draco. I sit next to him, turning his face my way and softly pressing the wet cloth to his face.

"What were you doing with them?" I ask him as I clean his face.

"I was already wasted when they showed up, and we just kept on drinking. Then Gregory wanted to fight, like we used to, so we did. And then Blaise and Theodore showed up, forgot they would come," he begins.

I look at him. He cheeks were red, his eyes bloodshot and watery with dark circles underneath. He had little beads of sweat on his forehead, yet he still managed to look handsome, as he always had. But seeing him in this state hurt. He was clearly unwell, and I knew very well what the reason was. It didn't mean that this sort of behaviour was acceptable of course, but I couldn't help but feel like this was, in his way, a cry for help.

"They saw us, and when they couldn't stop us they left. I didn't think they would come get you, I- I- I'm so sorry Zara. I never meant- I would never-" he started crying. All I could do in that moment was hold him, and tell him it was all going to be okay.

Although we both knew deep down that that wasn't true.