Chapter One: The Sequel Begins 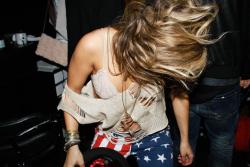 Chapter One: The Sequel Begins

I just dont understand why people like winter.. Its so cold! I protested while I buried my face in my scarf. Well, London does look beautiful in the winter you cant be serious, Niall? I asked and looked at him in horror. No, but I wanted to cheer you up he smiled and I started laughing. Poor attempt, but very nice of you I said while putting my arm around his shoulders. Well, at least you let me take you to a club he shrugged. Well, I didnt have anything else to do... I laughed. Right, thanks. Next time Ill make sure to leave you at home sulking, all alone said Niall. Im sorry! You know I didnt mean it like that I said while I laid my head on his right shoulder. He nodded and swept some hair out of my face. I know its hard not having Nathan around, but you have got to live your own life. Hell be on tour for most of his life he said with a faint smile. I know, but I thought it wouldnt be until next month I sighed. Oh well, time is nobodys best friend he winked at me and pulled me into a tight hug. Yeah, I know. But Ive still got you. I just hope you guys dont go on tour at the same time. I would have to find a new friend! And you know I suck at making new friends I said. Yeah, it would be best if wed stay put until The Wanted come back home he grinned at me. Oh! Were here! he said and pulled me close, to avoid losing each other in the crowd of fans and paparazzi.

You all right? asked Niall. I turned around with a big smile and danced towards him. Hell yeah! I grinned at him and put my arms around his neck. Now, dance with me, Horan I yelled at him. You wont have to ask me twice he smiled while he put his hands on my hips. Show me what youre made off he yelled back at me. I closed my eyes for a second and felt the beat of the music going through my body. I dont know what it is, but there is something about Niall that can make my whole world seem better than it really is. I am really happy with that thing. Because Im pretty sure, that, without him, I would have been at home crying my eyes out. But now Im in a nightclub, dancing. He was right; it keeps my mind from going into an emotional rollercoaster. So we danced the night away, we did try not to get too drunk, which didn't exactly work out as we'd hoped because Niall and I grew up as Irish people We ended up walking towards Niall's apartment. At first we were far too drunk to find the place, but when we finally found the building we were not able to find the right door, let alone open the door. We had to ask the neighbours to which door was his and open the damn thing. But eventually we were able to fall asleep, on his very comfortable couch. Although I must say that every form of furniture wouldve done the job for us.

The next morning I woke up with the most horrific hangover. Luckily for me, I wasnt the only one with a hangover. I could see that Niall was suffering from a hangover as well, since he was groaning and moaning while he started walking towards his kitchen. You want the hangover-remedy? Niall grinned. Fuck yeah I answered and tried to stand up from the couch, only to fall back down on it. Ah, its that bad, huh? asked Niall as he came walking back with two mugs. Yeah well, were Irish, arent we I grinned and took one of the mugs out of his hands. I am, youre a mix he laughed and shoved me. Thanks, Horan I said and rolled my eyes. Nah, Im just kidding. For me, you are Irish and you should drink that he said laughing and drank his. I looked at the mug and saw the weird green liquid in it, which made me very apprehensive to drinking it. But I knew I had to, I shot it down as fast as I could. I felt the cold liquid slipping down my throat and the awful taste lingered in my mouth. Thanks I said with a faint smile and shrugged. Youre welcome Niall said and smiled at me. Well, you guys look like shit I heard a chirpy voice say from behind me. I turned around and saw Lily standing on the staircase, smiling at our rough faces. What, you dont like half-drunk lads? Niall asked in a seductive voice. Well, I mean How can I ignore the charms of an amazingly drunk guy with the smell of alcohol surrounding him she said laughing and walked toward the couch.

How have you been? I asked Lily, who now sat on the couch next to me. Im doing fine. Its just a bit harder to walk, now that Im twice my original size she grinned and patted her round belly. I can imagine so. But you look amazing! I said and winked at her. That are your words, my dear friend. I feel like a balloon she shrugged. No, dont say that! You look amazing and very, very, beautiful said Niall who came back from the kitchen and put down an extra mug for Lily and a teapot. Ah, thanks sweety Lily said and gave him a kiss on the tip of his nose when he sat down next to her. I cant wait for it to come into our amazing little world said Niall while he put his hands on Lilys belly. At least you dont have to worry so much about time. Itll be here in less than two months I said smiling at the happy couple. Yeah, I will be so glad once the kid is out and I can get up without doing this whole weird exercise-based routine she sighed. But you will be very happy once you have that little kid in your own arms. Im sure of that, Lils You love children and youve always wanted children. Youll be a great, extremely happy, mother I said laughing. And me? Niall said with a very sad voice. And Im very sure youll be the hottest, most crazy, father I have every seen I said and jumped on Nialls lap to give him a big hug. Okay, thats way too much. Ive still got a hangover, you know Niall groaned. I know, I do too. But I still wanted to give you a hug Very nice, now please get off of me. Youre making it hard for me to breath! he squealed. What do you think, Lily? Shall I continue cutting off your boyfriends air? I asked at Lily. She looked at us thoughtfully and than showed us a devilish smile. Continue she smiled and I started hugging Niall more tightly. So mean! said Niall and tried to get me off of his lap, which he failed to do so.