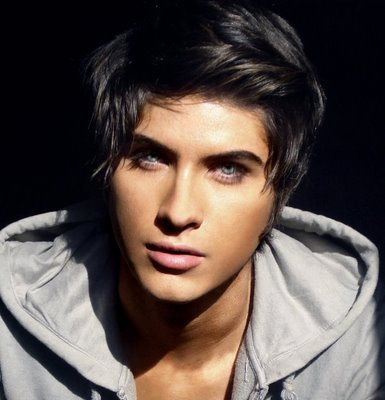 I close my eyes.
And just like that, I'm sitting in the very familar room, my eyes gaze around. The dark wooden floor with the shag rug. The old picture frames, capturing my favourite memories. My first motercycle ride. Connor. When I first talked to Lizz.
I leant back on the leather couch, sinking into its comfort.
This room was as familar to me as the back of my hand, or Lizz's face. There was other rooms, but... I much prefered to stay in here. It was easier.. Less painfull.
"Back already?" A male voice with a heavy accent broke into my musing. I don't move. I knew who it was, the only male occupant in my head - Nathaniel Aznabaev. I closed my eyes again, and after a few minutes I felt his weight on the sofa, and could smell his colonge.
"I have nothing better to do" I opened my eyes again, and my heart ached at his tight, mocking smile and cold eyes. As seemed the norm, he was completly gorgeous. And a complete asshole.
"I'm glad we're such a distraction" he said dryly, leaning back and running a hand through his thick hair.
I rolled my eyes. He knew as well as I did that I meant there was nothing happening in the 'real world'. As we called in from inside.
"Is Cassia out?" I ask. I was never sure if I was choosing to come inside, or if I was being forced in. He tilted his head at me.
"No. She's in her room planning world domination"
"As usual" that made me smile. He rewarded me with one of his very rare and gorgeous smiles.
"As usual" he agreed. Then he surprised me by moving closer and poking me. He was very anti-touch. I never really knew why. Until today, I knew nothing of his life before he appeared in my head.
Yes, I know, it's weird. He lives in my head, and I knew nothing but his name. I can't mindread.
"What?" I blink at him.
"You remind me of Tatiana. And Cassia of Delbar" He informed me, before standing. As usual, he was in dark jeans, a fitted tshirt and a leather jacket. He had tons of those clothes in his closet. He's so clique at times. He didn't smoke though. He was the non-smoker.
I just stare up at him. He was my age, but still towered above me at 6. My only consulation was he was taller then Cassia as well. He gave me his usual mocking smile and left to his room.
Like Cassia, he knew to stick to this room or his own rooms. The other rooms were locked. Only I could go in them. If I wanted.
Which I don't.
I never want to enter most of those rooms ever again.
I sigh and stretch before calling Cassie in to keep me company.
"Cassia!"