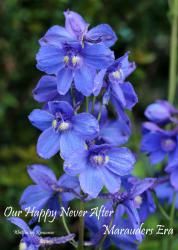 When I was growing up, I couldnt fathom why my mother, my proud pureblood mother, would think of living amongst Muggles and raising her daughter there. If it had been a tiny village, I could have understood, but a large town like Cokeworth was the furthest away from anything that could have felt magical.


Despite living in a large town, Belladonna grew up without a lot of people around her. There was only her mother, Athena Greengrass. Until she meets Lily Evans and Severus Snape.